Across the Pond Process Service was established by John Talbot in 1990, since joined in the business by his wife Candy. John has known Graham Bridgman since the late 1980s and in 2001 they began undertaking Hague service of American process in accordance with the Hague Service Convention. Since then, Across the Pond has obtained Hague Certificates of Service in hundreds of cases.

John Talbot is the proprietor of Across The Pond Process Service.

John was born in the county of Kent, “the Garden of England” and has a science degree. He worked as a qualified local government law enforcement officer before establishing himself in private investigation in 1985.

In 1990 John became a member of the National Association of Professional Process Servers in the United States and discovered a great rapport with many in the American process serving world. 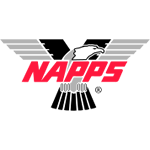 Transatlantic serves quickly became such a significant part of his workload that Across the Pond was established. John wound down his other private investigation activities in 2009, leaving just this dedicated and specialist facility for American and Canadian clients seeking to serve court papers in the United Kingdom.

John and Candy met in 2000 and Candy soon took on a role in the administration of the business, bringing with her a long history of administrative and organizational work – she ensures the smooth running of the office!

John and Candy married in 2006. John has two grown up daughters and is a survivor of oesophageal cancer – John and Candy are active within the Oesophageal Patients Association, a support charity.

Graham and Joan provide legal expertise and liaison with the court.

Graham is a Solicitor of the Senior Courts of England and Wales. He is a commercial litigator licensed to practice by the Solicitors Regulation Authority, a member of the English & Welsh Law Society and a Fellow of the Chartered Institute of Credit Management. He worked for a public utility and in industry before becoming a partner in private practice, culminating in running his own law firm which he sold at the end of 2013. He is now a litigation consultant with a firm in Royal Windsor.

As well as Hague Convention service work, Graham deals with requests to depose UK witnesses and obtain documents further to the Hague Evidence Convention, and with the enforcement in the UK of judgments obtained in US courts.

When Graham set up his own firm, Joan joined him as his legal assistant. She is now a paralegal running her own legal administration business and drafts our Hague Certificates of Service for signature and sealing by the High Court of Justice in London. Her close working relationship with the staff of the English & Welsh Central Authority ensures the speediest possible return of the sealed Certificate(s) and supporting documentation to clients.

Graham and Joan have been married for far longer than either of them care to think about and have two grown up daughters and two grandchildren. Graham is also a local authority councillor.

Our Commitment to You

We shall meet, and endeavor to exceed, the needs and expectations of all our transatlantic clients with the highest level of professionalism.

In the unlikely event of any dissatisfaction, we aim to resolve matters to our client’s ultimate total satisfaction.

We aim to be approachable at all times and keep our clients fully informed throughout.

We’ll be happy when you are!